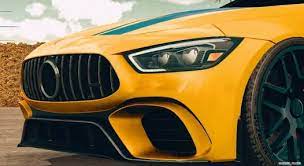 David Perdomo Hollatz, managing director of Mercedes-Benz Vans France, expects double-digit sales growth this year and also in 2023. Among other things, thanks to the new Citan and its derivatives.

The next-generation eSprinter, currently in testing, will arrive in the second half of 2023.

The most popular product in the series was the indestructible Sprinter with around 12,000 units, ahead of the Vito with 9,000 units and the Citan with 1,500 units. The latter, which came during the year, got off to a good start with 30% growth compared to the previous generation, which undoubtedly produced little volume.

Other indicators show a certain dynamism for the brand in 2021. Increased aftermarket operating turnover by 7%, registered a 17% increase in used vehicle business (21,600 units) and improved UV/DV ratio and reached UV Sold for 2.5 NV.

David Perdomo Hollatz is also pleased with the increase in service contracts received at 52% of sales, the same goes for connectivity services, which account for 78% of sales.

For 2022, ambitions are strong, albeit strong”semiconductors remain a topic at the beginning of the year“, admits the managing director. The primary goal will be to deliver a very complete portfolio as soon as possible.

This will require factories to return to a level of activity worthy of pre-crisis levels and hope to shorten delivery times, which are currently at least 5/6 months, as some equipment becomes unavailable. In addition, the brand and its network of 104 sales points can no longer enter the lowest stocks.

there is always David Perdomo Hollatz bets on sales growth “Double digits in 2022, also in 2023“The year started off pretty badly with a 3% drop in a 19% market.

The novelty impact associated with the Citan should only take effect soon. Renault Kangoo’s cousin will be available in various versions, including the eCitan, which is expected to have 300 km of autonomy, including 100% electric. The T-Class, the high-end family version, and the electric version, the EQT, will be added.

“We are entering this market segment strongly.” warns Stephane Renault, Marketing Director, Mercedes-Benz Vans France. In terms of timing, the T-Class will be announced on April 26, while the EQT is scheduled for the second half. The Citan L2, the Mixto version (extended cabin) and the eCitan will also be added to the catalog in the second half of the year. Until then, the van will receive an automatic transmission and record the arrival of versions with new bodies and fitted.

Another highlight of the 2022 is the arrival of the eVito with its new 60 kWh battery that will allow it to show a range of more than 300 km in certain versions. “So we have a product that responds well to customer problems and we are now at the level of our competitors.‘, emphasizes Stéphane Renault.

Electricity will also be a strong growth area this year, and even more so in the future. For David Perdomo Hollatz “There is no sustainable growth without electricity.Mercedes-Benz Vans is not considering other alternatives such as CNG or hydrogen. The brand is relying on the LLD Mobifleet offer to promote its electric offerings and at the same time preserve residual values.

Most of the investments focus on EV with the next generation electric Sprinter, which is the subject of an investment of 350 million Euros, which will be released in 2023. It will have autonomymore than twice“Compared to the current generation (three battery versions planned) and the program will have various bodywork variants (panel van, tourer, chassis, etc.).

The next step is scheduled for 2025, when a brand new platform dedicated to electrical services will come to light. The ambitions will grow stronger then, but David Perdomo Hollatz wants to reassure him by stating that the thermal offerings will continue to be marketed after that date.