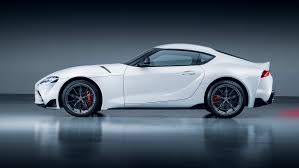 The two letters SL are the hallmark and hallmark of the world-famous Mercedes-Benz sports car tradition. For 70 years, the acronym “sport-leicht” has stood for sporty driving, from the 300 SL (W 194) race car of 1952 to the latest SL in the Mercedes-AMG 232 series. The Ata W 194 is reserved for motorsports, but therefore conveys an important value of the Mercedes-Benz brand: as the world’s oldest luxury car manufacturer, the brand has long been involved in motorsport and has achieved great success. Sportiness, luxury and lifestyle have been the hallmarks of every SL since the Coupé 300 SL (W 198).

Each generation of this glorious ancestral line is writing its own chapter in its uninterrupted success story. The Mercedes-Benz Museum tells this unique story with its special exhibition “Fascination SL – a dream car for 70 years”: www.mercedes-benz.com/sl-special-exhibition. It can be seen in Collector’s Room 5 through October 9, 2022 and includes ten SL sports cars spanning seven decades, from the oldest 300 SL racing car (W 194) to the new Mercedes-AMG SL of the 232 series.

Sportsmanship in the genes

On March 12, 1952, Mercedes-Benz presented the 300 SL (W 194), a pure motorsports car. However, the brand has won four of the season’s five races: the sports car races in Bern (triple win) and the Nürburgring (four wins), the 24 Hours of Le Mans (double win) and the III Carrera Panamericana (double win) in Mexico. He finished second and fourth in the Mille Miglia, the leading race of the time. The prototype race car W 194/11 was produced for the 1953 season. It was not used again due to preparations for entry into Formula 1, but represented an important technical step on the road to race cars (W 196 R) and race cars (W 196 S) in 1954 and 1955.

Calls for a production version of the successful race car are quickly heard. Mercedes-Benz reacted to this and in 1954 presented the legendary “Gullwing” sports car, the 300 SL Coupé (W 198). Thanks to the roll bar, only 1,400 copies of the coveted sports car with its characteristic roof-hinged doors were produced. Today, these classics sell for over a million euros.

In 1954, together with the “Gullwing”, the brand presented the Mercedes-Benz 190 SL, designed as an elegant convertible sports car. Besides the super sports car 300 SL, the Roadster, whose exterior is very sporty, is a vehicle that offers full comfort even on fast and long journeys. cruising high school.

In 1957 the 300 SL Roadster (W 198) replaced the “Gullwing” Coupé. Like its predecessor, this car was created on the initiative of Maximilian E. Hoffmann. Technically, the Roadster largely corresponds to the Coupé. However, by modifying the sides of the rollbar, the entrance height can be lowered enough to make normal front hinged doors.

In 1963 the 230 SL (W 113) replaced the 300 SL Roadster and 190 SL. It impresses with its sportiness, comfort and safety and has been a pioneer in the SL tradition ever since. With its tall windows and concave-shaped roof supported by narrow pillars, the optional fixed roof was reminiscent of Asian temple buildings, which quickly earned the W 113 the nickname “Pagoda”.

The SL models of the R 107 series debuted in the spring of 1971. For the first time in Mercedes-Benz SL history, eight-cylinder engines were used in the 350 SL and 450 SL models. A six-cylinder engine followed the 280 SL in 1974, making the three engines part of the range for the first time. This model series exuded elegance and robustness. The crash performance of this open-top two-seater was way ahead of its time. The R 107 has been produced for 18 years – a record.

Seventy years of SL – An equally comprehensive history of technology

At the 1989 Geneva Motor Show, Mercedes-Benz introduced the next-generation R 129 series SL. The automatic roll bar, which opened in just 0.3 seconds even with the hard roof closed, was an industry mark. With this vehicle, the brand hit the target: their production capacity was quickly exhausted. Some customers have accepted delivery times of several years. With twelve-cylinder top models, the 600 SL/SL 600 (394 hp/290 kW) and the 7.3 liter V12 engine and 525 hp (386 kW), the SL 73 AMG is legendary.

In 2001, the new generation SL was launched, bearing the internal code R 230. Its most striking innovation was the steel Vario folding roof: Mercedes-Benz SL made it possible for the first time in its history to realize both a convertible and a coupé. The design of the R 230 series combines tradition and the future with striking details. AMG’s share in this SL generation has increased significantly: almost a third of all R 230s are equipped with AMG engines. The pinnacle of the range was represented by the SL 65 AMG Black Series with 670 hp (493 kW).

In January 2012, to celebrate the SL’s 60th anniversary, the R 231 models were unveiled at the North American International Auto Show (NAIAS) in Detroit. One of the axes of the new design was to reduce the weight of the sports car through numerous measures. Available on request: MAGIC SKY CONTROL, glass roof with adjustable tint and transparency.

The new Mercedes-AMG SL (R 232) is the latest reprint of an icon. Mercedes-AMG is introducing it in 2021. With its classic soft roof and sporty character, it fits perfectly into its heyday history. At the same time, the luxury 2+2-seater Roadster is particularly suitable for everyday use and puts its power on the road with all-wheel drive for the first time. Comprehensive technological equipment includes highlights such as the AMG ACTIVE RIDE CONTROL suspension with active roll stabilization, rear axle steering, the optional AMG ceramic high-performance composite braking system or the standard DIGITAL LIGHT with launch function. Mercedes-AMG in Affalterbach developed the SL completely independently as a consistent Performance Luxury model. The market launch started with two models equipped with AMG V8 biturbo engines.