It is difficult to imagine a more vitamin meeting. In an ultra-scripted video, Alsatian automaker Bugatti (brand of the German Volkswagen group) juxtaposed a Rafale fighter jet from Dassault Aviation with the Chiron Sport limited edition “Legends of the Sky” (20 copies). Under a dark sky, two race cars heat up the asphalt of a track at the Landdivisiau aviation base (Finistère). 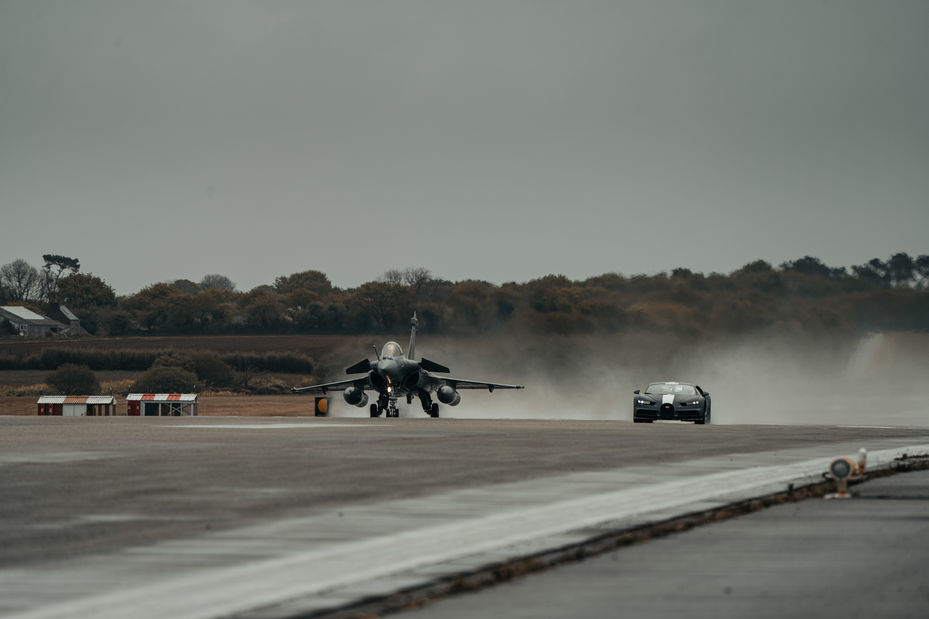 Hangar doors open to a somewhat apocalyptic environment. Under the dark clouds, in the same movement, the two swordsmen prepare their weapons. The Bugatti Chiron’s rear wing slowly comes out of its sheath as the French Navy pilot closes his cockpit. Two cars take their places on the track, and then the machines start. The Rafale’s turbojet engines start whistling, the Bugatti Chiron starts the engine and the speed monsters accelerate.

Bugatti accelerates from 0 to 100 km/h in 2.5 seconds and takes advantage of it quickly. Wide shots and narrow shots follow each other at lightning speed. The fighter jet and the hyper sports car are alone at takeoff. The video ends with a stunning shot that reveals the Bugatti Chiron and Rafale back-to-back. 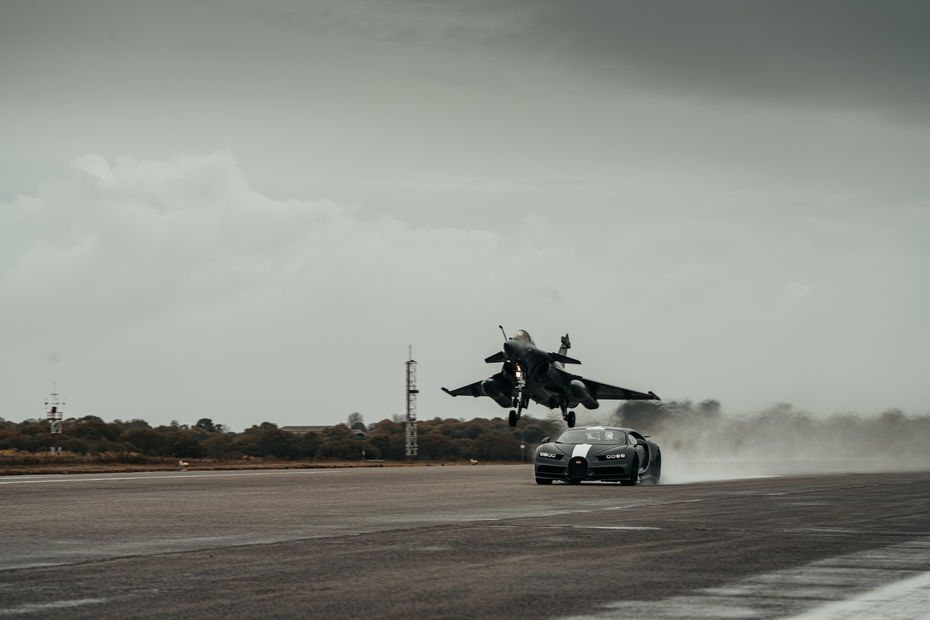 Celebrating French aviation at the turn of the 20th century

This meeting between two French jewels of automotive and aerospace engineering celebrates the great hours of French aviation. Many Bugatti pilots, such as Albert Divo, Robert Benoist or Bartolomeo “Meo” Costantini, flew for the French Air Force at the turn of the 20th century. Ettore Bugatti, founder of the eponymous company in 1909, had worked on an ultrafast airplane model in 1937 before the project was abandoned during World War II.

This time we find official Bugatti driver Pierre-Henri Raphanel behind the wheel of Chiron Sport “Legends of the sky”. The supercar nods to the aircraft of the French Air Force: the Rafale’s characteristic “snake gray” paintwork, the tri-coloured bandolier on the sills and the grille revealing grooves reminiscent of planes flying in formation.