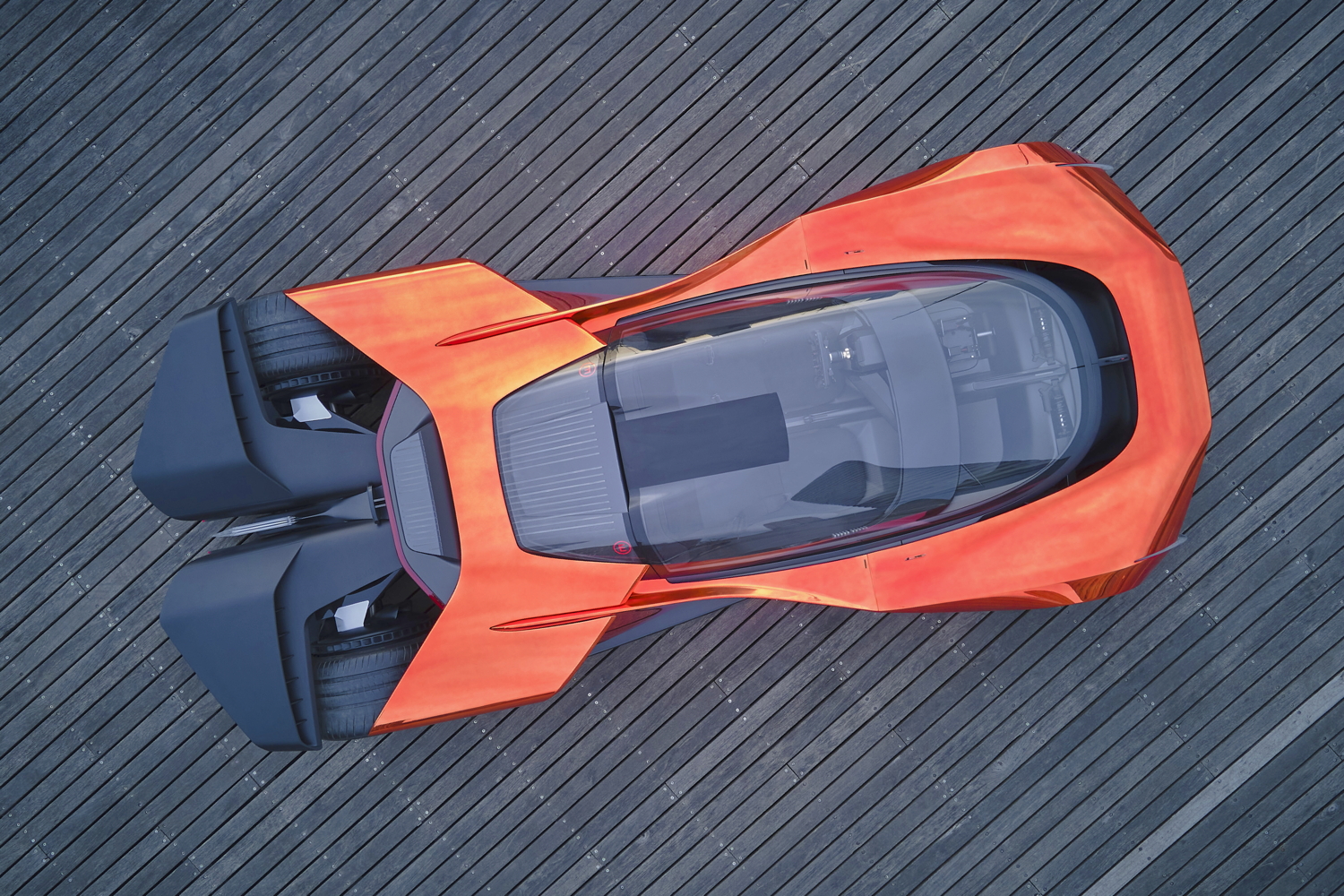 Ford and Team Fordzilla introduced the latest evolution of their virtual race car P1. She is now wearing an orange dress designed to give gorgeous reflections. This new version of the P1 will be unveiled at an unspecified date as part of an eSports event hosted by Ford and Racesquare at Alkmaar in the Netherlands.

In this event, which will have a live broadcast platform, players and other enthusiasts of this virtual discipline will closely admire this reflective painting. They’ll even have the privilege of riding a life-size P1.

Ford explains that to achieve this disruptive and innovative new look, its designers used an experimental process that gave this reflective orange paint the ability to interact directly with light and the environment.

“What could be better than Team Fordzilla to try out this amazing paint job? This car has been a source of innovation since its creation. The highlights captured by this finish are truly amazing. Boris, design manager of Team Fordzilla, a subsidiary of Ford Europe This is also a welcome nod to the car’s debut in the Netherlands,” explains Ferko.

The P1 was unveiled in August 2020 as part of Gamescom, Europe’s largest video game expo. It was the first virtual race car designed by an automaker’s designers in collaboration with internet gaming enthusiasts.

When two designs were presented by Ford at the final stage of the design, nearly 250,000 internet users announced their preferences. Inspired by the Ford GT, the silhouette of which we now know, was chosen by 83.8% of these internet users.

Today, Team Fordzilla takes this project to a new level by making the full-size P1 a real racing simulator where an enthusiast can get behind the wheel and take a ride on a virtual track!

Introduced in August 2020, the original P1 had a silver body. For the first life-size version, which we saw in December 2020, its designers chose white paint. The following year, he redressed in British Racing Green in anticipation of appearing at the Festival of Speed ​​in Goodwood, England.

Then, a month later, it displayed a gorgeous fluorescent yellow. Finally in December 2021, the P1 received a rich black paint job for the Gamergy 21 show in Madrid, Spain. The orange hue that we will explore today and soon see in real life in the Netherlands is the fifth color change the full-size P1 has undergone.

It should be noted that the manufacturer has announced that it currently does not plan to use this very specific paint for a production vehicle. Shame…