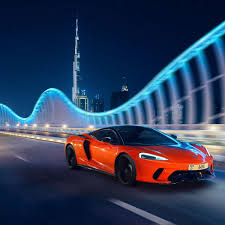 Ford Trucks network held its first congress on 23 and 24 April 2022 in Le Castellet.

The last edition of the Solutrans fair, held in Lyon at the end of November 2021, hosted a new heavyweight player, Ford Trucks. The manufacturer, which emerged as a result of the joint venture between Ford Motor Company and Koç, which had withdrawn from the European markets since the mid-1980s, started operating again. The brand’s first representatives in France met on April 23 and 24 at the Castellet circuit for the network’s first convention (and the Truck Grand Prix in between). In France and overseas departments and regions, the development of the Ford Trucks brand is being driven by importer F-Trucks. shareholders are the three largest distributors of the Ford automobile brand: Maurin, DMD and Amplitude.

“Three shareholders participate in the establishment of Ford Trucks distribution and maintenance network through concession agreements for new establishments dedicated to this activity in their region of origin”Emphasizes the manufacturer. DMD group represents the brand in Nantes and Rennes (Soon to open a second site in the city) Amplitude group is based in Dijon. “These groups have relied on existing organizations they have adapted to franchise HGV and deliver the required service capacity”, explains Bruno Arabian, managing director of F-Trucks France. In Rennes, DMD represents the Ford Trucks panel at the independent Utilitaire Service centre. The Maurin group should cover the Paca region with several sales and service points in the coming months.

At the end of April 2022, the Ford Trucks network covers France: Including 29 sites dedicated to services (plus 1 in Reunion), plus 18 dedicated points of sale. These locations are managed by 13 investors. These include the Théobald and Hamecher groups, which are involved in the distribution of cars and trucks (with Volvo Trucks and Mercedes-Benz-Fuso, respectively). The manufacturer is aiming for full coverage by the end of 2022, that is, more than 50 service points, including around twenty outlets. Distribution of the network will mainly rely on companies specializing in the distribution of industrial vehicles, such as the France Pids Lourds (FPL) group, which represents the Ford Trucks panel in five cities (Limoges, Périgueux, Brive-la-Gaillarde, Niort). , Bergerac), more than Ford dealers. Openings will take place in Normandy, south of the Paca region, and Île-de-France in the coming months. “We have several customers in these regions with operators with different profiles.Bruno informs Arabian. We have no preliminary information about the origin of the candidates who want to join the network. Players from the heavyweight industry turned out to be the most reactive to approach and evolve with us ».

The return of the Ford Trucks brand to the French market is embodied by the F-Max model, which was first released in a road tractor version and is now available in a carrier version (distribution, construction). French professional clients are offered a total of six silhouettes (which continue to be marketed by utilities car dealers). “The F-Max is the latest addition to the range and this tractor was truly conceived and designed for the European market, both in terms of regulations and in terms of transporters’ safety, comfort, ‘use or use’ expectations. consumption’, says Bruno Arabian, the American brand’s history and notoriety is another argument for winning over professional customers. Another advantage announced by the manufacturer Average waiting times of 4 months for F-Max deliveryagainst “Extremely long lead times for most of our competitors”says the leader.

In the French market of trucks over 16 tons, with 45,000 to 50,000 registrations per year, Ford Trucks targets a volume of 600 to 650 units in 2022. In 2025, it announces its target of 5% market share (approximately 2,500 trucks). “This is an ambitious but realistic target. We are entering a market that is in the midst of restructuring and there is room for an eighth player. We will remain the smallest producer in France with 5% penetration relative to current positions, but this share will allow us to be sustainable and bring our network to life. ”, says Bruno Arabian. The Ford Trucks distribution network should monopolize 90 to 95% of the brand’s sales, with the rest being managed by direct importer F-Trucks, especially for large accounts and large fleets.