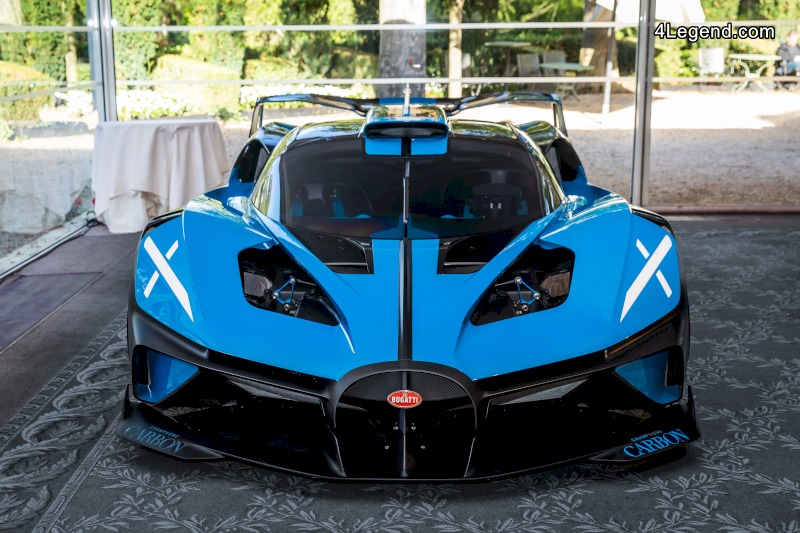 First introduced in 2020, the Bugatti Bolide is the most extreme model ever created by the French luxury brand, followed by Pebble Beach approved for limited series production in 2021. Bolide was named the most beautiful hypercar in the world. During the 36th International Automobile Festival, a jury of design professionals awarded Molsheim’s experimental vehicle first prize in the hypercar category, thus beating the other four finalists with a comfortable lead. 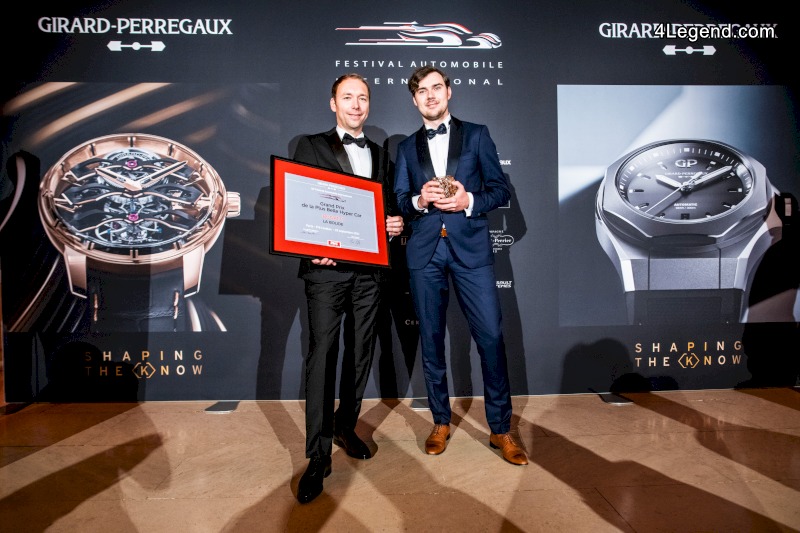 With the Bolide, Bugatti engineers and designers have developed the lightest and most track-friendly vehicle imaginable, based on Bugatti’s legendary four-turbocharged W16 engine. Its overall appearance is determined by the refined design of the front of the vehicle, which is more reminiscent of Formula 1 race cars, with multiple air ducts and more aerodynamic and sophisticated shapes than hyper sports cars. Exceptionally low, the Bolide has a suction head on the ceiling and a sitting position closer to the floor. The dominant rear spoiler combined with the impressive rear diffuser provides extreme downforce for optimum traction in high-speed cornering.

“Bolide was a completely different challenge for our design team: a kind of mental experiment, like baring the car to reveal its four-turbocharged W16 engines and rebuilding it to create the most extreme Bugatti ever. Our main goal was to meet Bolide’s technical requirements. Focusing on improving function first and then form. We are very honored that its design has won such a coveted award from experts in our field. Over an innovative, all-digital four-year period, Bolide harmonizes and perfects all aspects of its design, each dedicated to his craft. The design team is praised. »explains Achim Anscheidt, Bugatti’s design director. 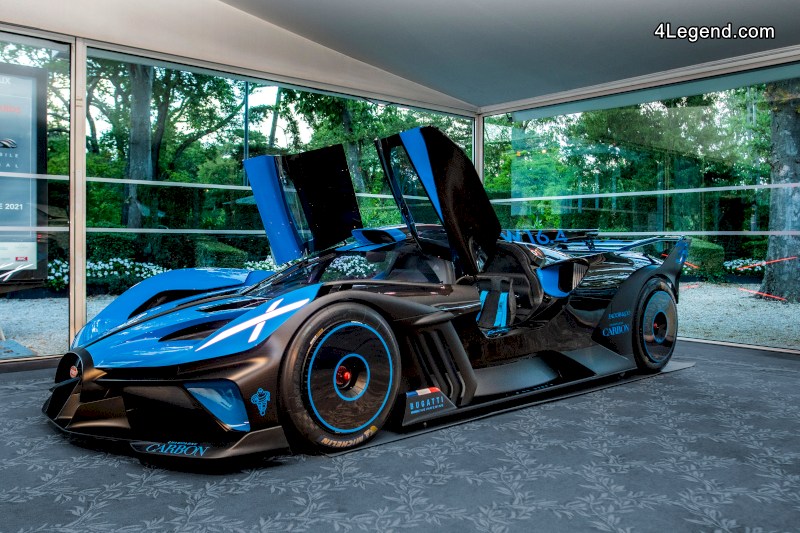 Over the next three years, the new hyper sports car will go from experimental concept to production with little technical or visual changes from the award-winning version. Optimizations for design, aerodynamics, quality and safety result in a standard vehicle curb weight of just 1,450 kg, corresponding to a power-to-weight ratio of 0.9 kg per horsepower on 98 unleaded petrol.

“Although highly functional, the Bolide fully reflects Bugatti’s own personality and tradition. Its creation was inspired by the weight/power ratio philosophy of the young Ettore Bugatti, who revolutionized the world of motorsport in the 1920s by designing lightweight and maneuverable cars like the Type 35 that became practically unrivaled. Bolide is the culmination of this power-to-weight ratio philosophy: pure design and purpose. Like the racing cars of the early 1920s, this purity brings with it unmatched beauty. »explains Nils Sajonz, Bugatti Special Projects Manager. 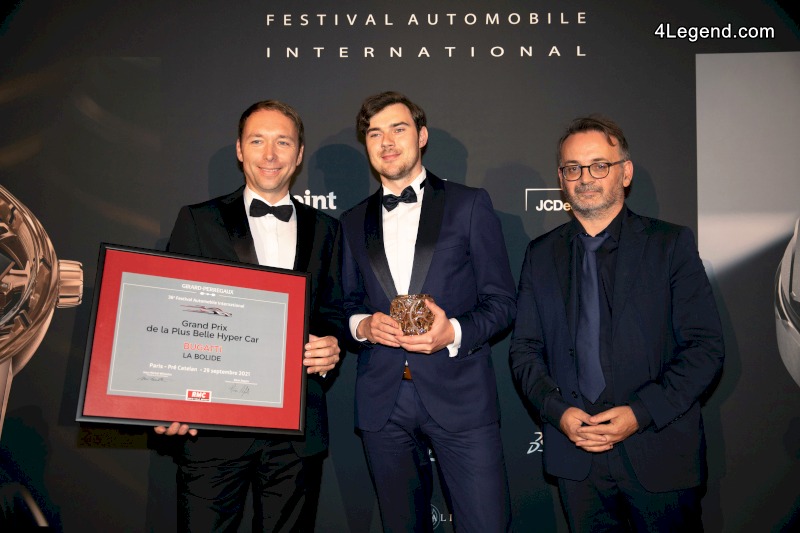 The Bolide’s track-oriented personality is carried over to the cabin, which borrows no decorative elements from the Chiron, opting instead for a functional design that only reflects the needs of a race car.

“The Bolide’s cabin has a clear Bugatti identity, but it lacks the embellishment and luxury of our road-going hyper sports cars. The aim was to create a space with a panoramic curved windshield and the main controls literally at the driver’s fingertips, with the least possible distractions and maximum visibility. »said Frank Heyl, Bugatti’s assistant artistic director. 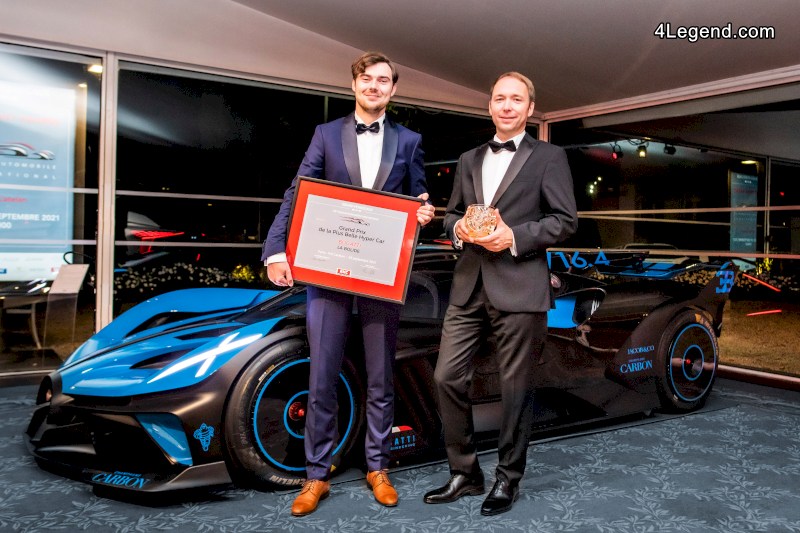 Since 1985, the International Automobile Festival has been celebrating the car in its noblest, creative and exciting form. But also to observe it, to examine the changes that occur and that create and break trends. The festival essentially set itself the task of highlighting the men and women who make the automobile as it is every day, transform it and adapt it to social changes, environmental demands, economic upheavals and geopolitical challenges. Every year, the festival jury rewards not only great innovations, but also the courage and talent of those working in the automotive world.

The Bugatti Bolide, which is produced only 40 units, is offered for sale with a net price of four million euros. The first deliveries are scheduled for 2024.